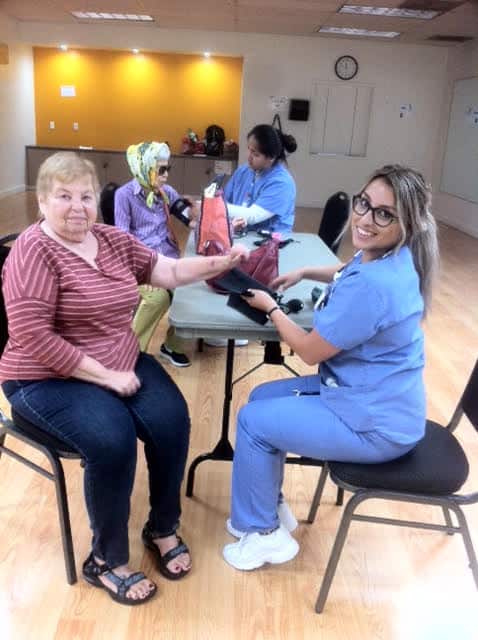 LVN schools in California and four-year nursing programs throughout the country have all seen a serious spike in applications during the pandemic as students clamor to become professional nurses.

Throughout 2020 and 2021, nurses have been in the news every day. We chalk it up to an intersection of two nationally important issues: The COVID-19 pandemic and the ongoing nursing shortage throughout the country. Nurses have been on the frontline of the pandemic, fighting for patients and advocating for our safety and health. Now as we take a step back from the pandemic as vaccinations are on the rise and we start to “open back up” again, there remains a high-level of focus on the profession. The result? More and more people are changing careers or planning future careers by applying to schools throughout the country.

ONE: Four-Year Programs Are Turning Thousands of Students Away

The pandemic exacerbated the increased demand for skilled, licensed nurses including LVNs. The continuous imagery of nurses working on the frontlines in ICUs, not just in America but globally, has inspired a generation of young people to join the profession.

Every year, the American Association of Colleges of Nursing (AACN) does an annual survey to determine admission and application rates at four year schools. Even pre-pandemic, in 2019, nursing schools were turning away tens of thousands of students per year.

“According to the American Association of Colleges of Nursing, the shortage of spots at U.S. nursing schools for the 2018-2019 school year was so severe that more than 75,000 qualified candidates were denied entry.” Source

How does that compare to 2020? For its 2020 survey, the AACN found similar data. During the height of the pandemic, “applications turned away included 66,274 from entry-level baccalaureate, 1,376 from RN-to-baccalaureate, 8,987 from master’s, and 3,884 from doctoral programs.”

If you’ve been turned away due to the popularity of 4-year programs, consider enrolling in an accelerated, 13-month LVN program in Los Angeles. Becoming an LVN in California gets you working in the field right away. It’s an affordable and more attainable option for many students who either can’t afford or can’t gain admission into a four-year program quickly. Also, you can always get further accreditation and education via an LVN-to-RN bridge program down the line.

TWO: Continued Enrollment in Four-Year Programs is Up

We’ve already established that RN programs are turning students away, but does that reflect an overall increase in nursing school applications? In 2020, nursing programs saw a significant spike from interested students, which makes sense considering the statistics we mentioned above. According to that same AACN survey:

“In programs designed to prepare new registered nurses (RNs) at the baccalaureate level, enrollment increased by 5.6% with 251,145 students now studying in these programs nationwide.”

Even if that trend doesn’t continue, it’s likely to indicate that application numbers will remain high in 2021. It may be why, as an educational institution, we have also seen a ton of interest from students who are interested in studying to become an LVN at a local Los Angeles school.

THREE: Nurse was the Most Popular “How to Become” Term in Google in 2020

If you really want to know what’s happening online, and what people are interested in, look no further than Google Trends. Google tracks popular online search terms to help advertisers and small businesses learn about how their potential customers are looking for them. It’s also a good measure of what types of careers, hobbies, etc. that curious searchers are looking for.

That’s where prospective nurses come in, and according to a USA Today article,

“Nurse” was the No. 1 term that people queried “how to become” on Google in 2020, according to Google Trends data.”

What that means is that becoming a nurse or becoming an LVN is the most popular career search term right now. That likely points to further congestion into 2021 and potentially 2022 for baccalaureate nursing programs.

Fun Fact: LVNs earn more income than many careers that require four-year degrees! Read more here. Your Earning Potential as an LVN in California: How Does it Compare?

Four: California Has The Third-Highest Demand For Nurses In The Country

Put another way: California, the most populous state in the country, still doesn’t have enough nurses to care for those higher patient numbers than states with fewer people. While rural areas are struggling to face their own nursing demands, cities within California continue to see a real, verifiable need for both LVNs and RNs to keep pace with the demand at hospitals and residential care facilities.

FIVE: Vocational Nursing is One of the Most Well-Paid Careers According to Indeed

We’ve already written before about the job site Indeed ranking LVNs amongst the top 25 highest paid professions nationally. An Indeed career spotlight post back in 2017 called nursing the “career of the future” pointing to the increased demand for nurses and the likely shortage of qualified candidates. The same article cited the interest in vocational nursing as a career for online job queries. (Note that from a licensing and a job role perspective, an LPN and an LVN are interchangeable.)

According to that data, even in 2017, millions of people were interested in LVN and LPN jobs. Why? Because the consistent demand and competitive salaries, as well as the rewarding and challenging work is calling to another generation of frontline heroes.

Read More: Focus On Nursing: A High Demand Job of the Future

If you’ve been turned away from a four-year program or just want to get in the field sooner, please reach out to the admissions team at CDI to find out more about our next class.

Have questions about becoming an LVN?

Connect with us today and get answers!