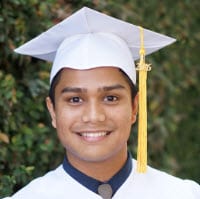 Interviewer: So how do you feel?

Joshua: “And I feel like the world’s off my shoulders now.”

Interviewer: I bet. 13 months, it’s been a long time. Congrats. I know that how hard it is and it’s a lot of work. So, good job. Tell me about your experience here at CDI.

Joshua: “My experience at CDI was great. It was a little intimidating at first, because I did transfer from a different school and I believe that CDI had higher standards. But they welcomed me like I was part of the family as soon as I walked in through the doors.”

Interviewer: What about the clinicals? Did you enjoy going to clinicals?

Interviewer: Can you talk to me about those experiences that you had at the clinicals?

Joshua: “There were some good days, some bad days. And, I guess from those days I just learned that I can’t take anything personally, because we are the faces that the clients see. So they’re gonna…we’re gonna get everything. The good and the bad, the blame and the thanks.”

Interviewer: I know. It’s a hard sometimes. What was the toughest part of the LVN program?

Joshua: “The toughest part, I would have to say is waking up early for clinicals and learning the medications, because there’s a lot of medications. I’m still kind of iffy about them and just making the time…like sacrificing the time to spend with your family and going out with friends in order to study, take tests, wake up early.”

Interviewer: Yeah, a lot of waking up early. 8 AM right? Is that the time that it started?

Interviewer: Wow. That is early. How did it feel when you completed the program and passed the nclex? Have you taken the nclex?

Interviewer: So how did it feel when you passed the program and you’re here today, can you talk about that?

Joshua: “Well, when I finished the program I felt amazing, because I put in so much time and effort, and like I said sacrifices, spending time with family and friends.”

Interviewer: Did you make friends?

Joshua: “I made friends, yeah, I made friends. Clinicals group. I would’ve liked to have gotten to know people more. In the little time we that we did have together, I feel like I did make friends.”

Joshua: “I do feel prepared. Like I said I transferred from a previous school and even that school I felt that I would’ve passed my classes, I would have graduated. But after taking the classes here now at CDI, I feel like I will pass the NCLEX.”

Interviewer: Cool. Why do you wanna become an LVN? What were the reasons? What led you here?

Joshua: “My mom is an LVN, and she’s a very hardworking and caring person. I just decided to give it a try to see how I liked it. I was taking an anatomy class in Santa Monica College before and once I started to getting to know the class, I really started falling in love with anatomy. And I looked at the career choices that had anatomy in it and I saw one of them was nursing. I thought why not give it a try. And as I started learning more about it and going to clinicals, I knew it was the career for me.”

Interviewer: So can you say the reason why you chose CDI, you know just like an answer.

Joshua: “The reason why I chose CDI, was because I was comparing scores between another school I had in mind and CDI. CDI had the…a very high passing rate for the nclex. I believe it was100% for the five years. The first school guaranteed that I would finish December, but I gave it a long thought and I decided why not finish strong instead of finishing fast.”

Interviewer: Almost there Would you recommend the LVN program to your friends and family?

Joshua: “Definitely. If it’s with CDI. I wouldn’t recommend any other school, just because I’ve had experiences with a different school. At CDI you’re treated like more than just a student. I felt like it’s a little, a small family. And when you’re in there, they want you to learn. They’re teaching you and they want you to pass. Whereas other schools they would, I feel like they’re just…I don’t know if that’s appropriate to say. I felt like they’re just there for the money. And with CDI I never felt that way. I felt like, I was always welcomed with smiles, and good mornings, and good afternoons.”

Interviewer: It’s all about success. They want you to, you know, be happy and successful. What would you tell new students who are looking to join the LVN program at CDI? Like, any kind of advice that you could give them? Other than “study hard.”

Joshua Cruz: “Advice I would give to other LVN students… Make your mistakes now, rather than when you start your career. So, make all the mistakes you can, in the clinical settings, during your exams. Because you won’t have opportunities to make mistakes out there in the real world.”

Interviewer: Cool. Any last thoughts? Anything you could share, that you want to share? Any, you know…

Interviewer: Cool. Well, thank you so much for your time and coming in. And congratulations.